We are in a new indexing database

We are pleased to announce that the “Humanities Yearbook of Radzyń Podlaski” has successfully passed the application process to the prestigious Directory of Open Access Journals indexing database. 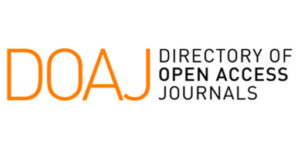 Directory of Open Access Journals (DOAJ) is an online indexation database of high-quality reviewed scientific materials, access to which is open and free. The database was created at the University of Lund (Sweden) and contains links to the main pages of magazines indexed in it, abstracts or full scientific articles. In the case of the “Humanities Yearbook of Radzyń Podlaski” they will be entire articles.

DOAJ is an independent and non-commercial enterprise. All funds at his disposal come from donations. The database indexes the best scientific journals from over 130 countries and contains over 4 million scientific articles. From now on you will also find articles published in the pages of the “Humanities Yearbook of Radzyń Podlaski”.

The reforms of the administrative division of the country carried out over the last several decades (1972-1998) introduced many significant changes in the areas of the functioning of the bureaucratic apparatus. Initially, the three-tier administrative division was replaced with a two-tier one and an increased number of voivodeships was introduced, as many as 49. One of the newly created ones was the Biała Podlaskie Voivodeship, which from the very beginning struggled with many adaptation problems. This article aims to show the problems of the development of the bialskopodlaskie voivodeship in the early years of its existence. The discussed issue is only an introduction to a broader description, as it has not been subjected to extensive research yet.